The Newar caste of Citrakārs are professional painters. They have a central role in creating the essential ritual images used throughout the festival year. Their paintings of deities such as nāga serpents, protectors such as Bhairava, or key symbols (such as the “Eight Auspicious Things”, listed below) are regularly used by thousands of Newar households, Hindu and Buddhist. Citrakār ritual arts span a large spectrum: from the cheap mass-produced images, to printed images with colors hand-painted on them, to “high-end” special paintings of high quality artisanship. The former appear in the market a few days before the festival-ritual days; they can be seen touching up door entrances that were first painted long ago before family rituals begin. Citrakār paintings are doubtless the most common form of Buddhist ritual art in Nepal.

Other Citrakār images for sale are those needed for most special-occasion rituals and life-cycle rites. Paintings with faces of the Eight Mother Goddesses (Aṣṭa Mātṛkā)-plus-Bhairava “set” for home dedications and exorcisms; many Buddhist rituals require paintings of the Eight Auspicious Things (aṣṭa maṅgala: lotus, endless knot, conch shell, vase, victory banner, flag, two fish, yak tail). There are also paintings to be pinned on those doing the life-cycle rites such as Ihi and Bura-Buri Jamko. Citrakārs also store clay pots on which they have painted the needed central deity for worship. Some Citrakārs are commissioned to paint hanging paintings that are utilized for tantric initiation.

Sacred images in major temples are renewed ritually on a yearly basis. And part of this “rebirth” after being bathed entails a careful repainting. In most of these instances, the vajrācārya priests – who alone can touch the image – must be guided by a Citrakār master as he does this work.

Especially highlighted in Newar religious life are home entrance paintings.  This boundary separates the sacred from the profane living space; it is a key place to keep out evil spirits and promote auspiciousness, and is the focus of most Newar rituals. Buddhist Newars have across the lintel above the doorway a line of the Five Buddhas, with Vairocana in the center; interspersed among them are the Eight Auspicious Things. (This set of eight symbols are Indic, and so are placed on both Buddhist and Hindu sacred items such as text covers, hanging paintings, statues.) On both sides of the home door are placed, from the top: a parrot bearing wealth in the form of a string of gems; large eyes thought to be either those of the Adi-Buddha (as found on Newar stūpas) or those of the directional protectors (lokapālas); and a painted large auspicious vase on a stand, representing the real items placed at the doorway for welcoming rituals themselves.

The corresponding Newar Hindu door paintings have the same side decorations, but with Shiva with Parvati in the center, flanked by Brahmā and Vishnu, with Shiva’s sons Ganesh and Kumar/Skandha at the far ends. 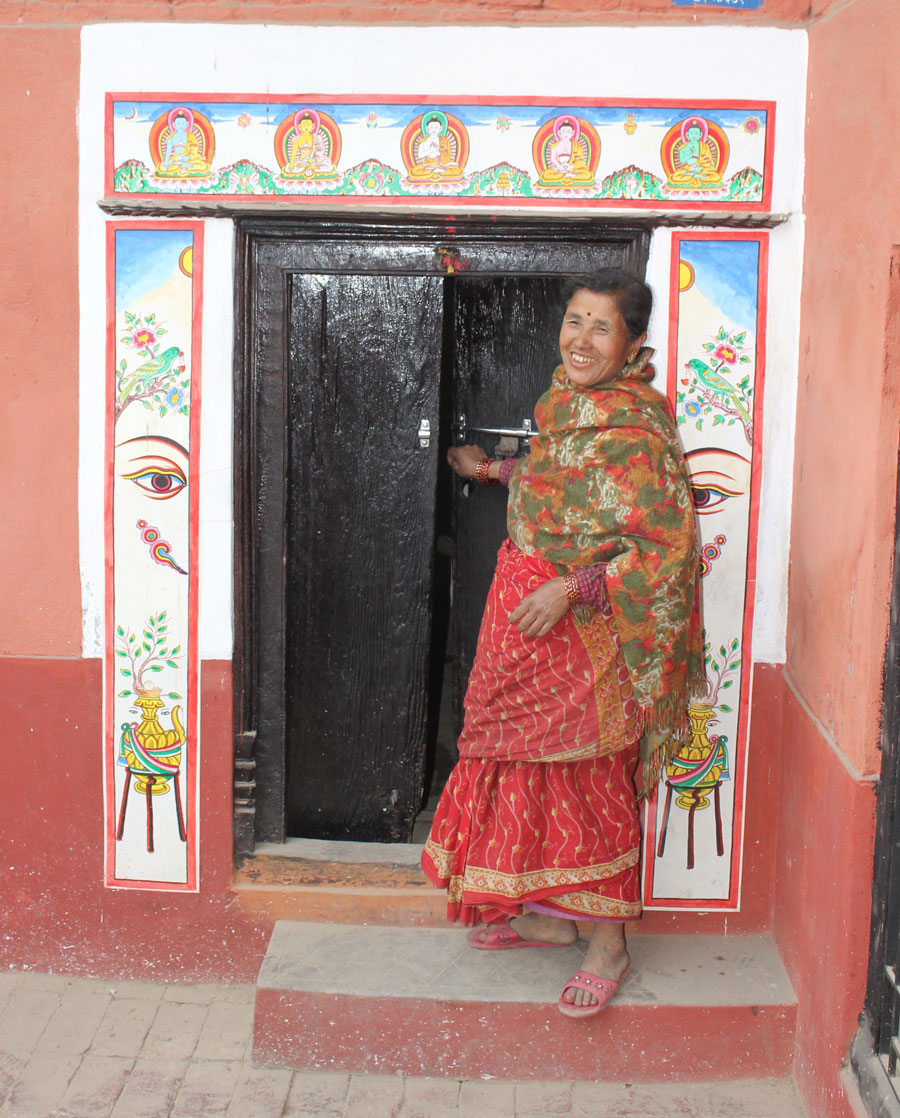 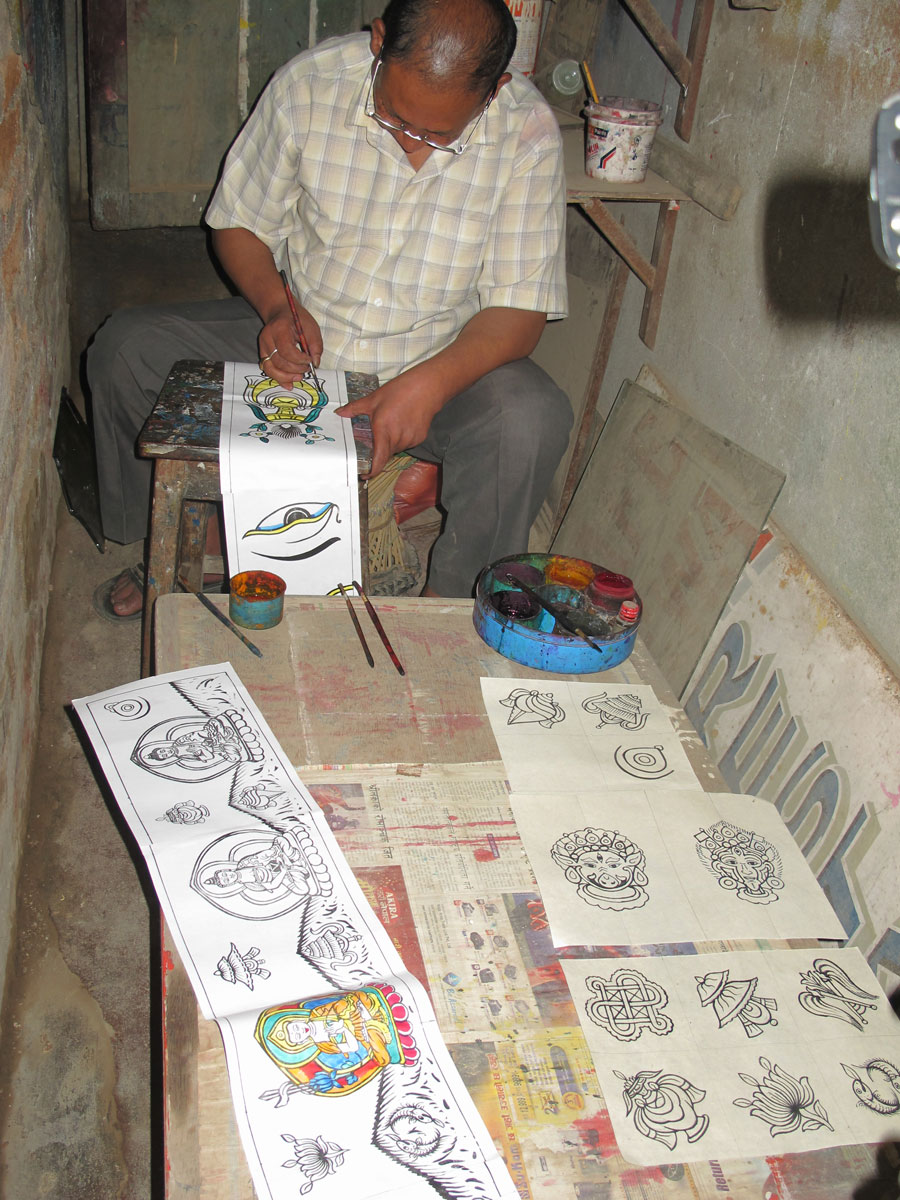 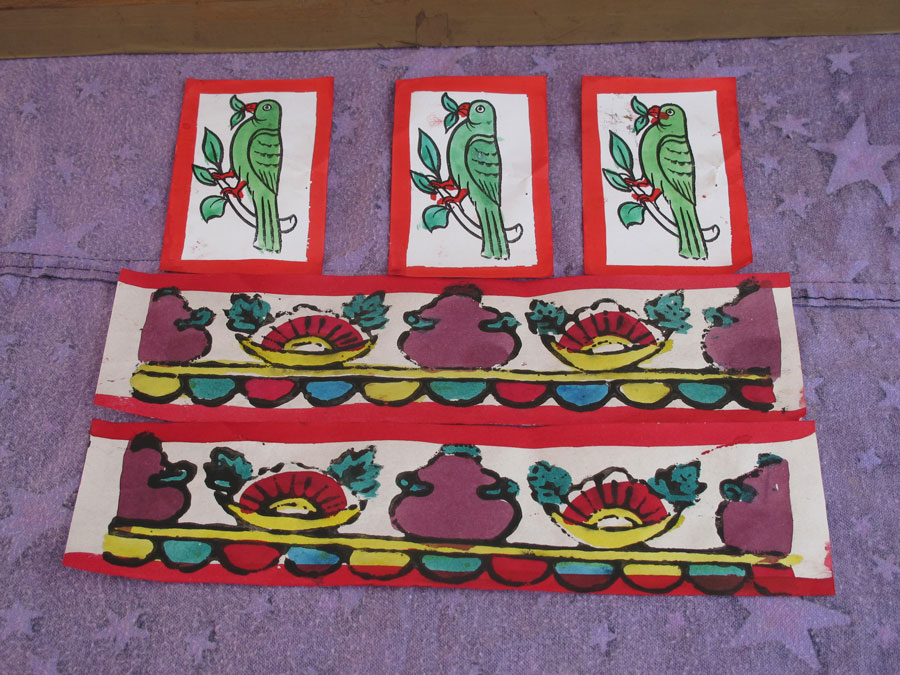 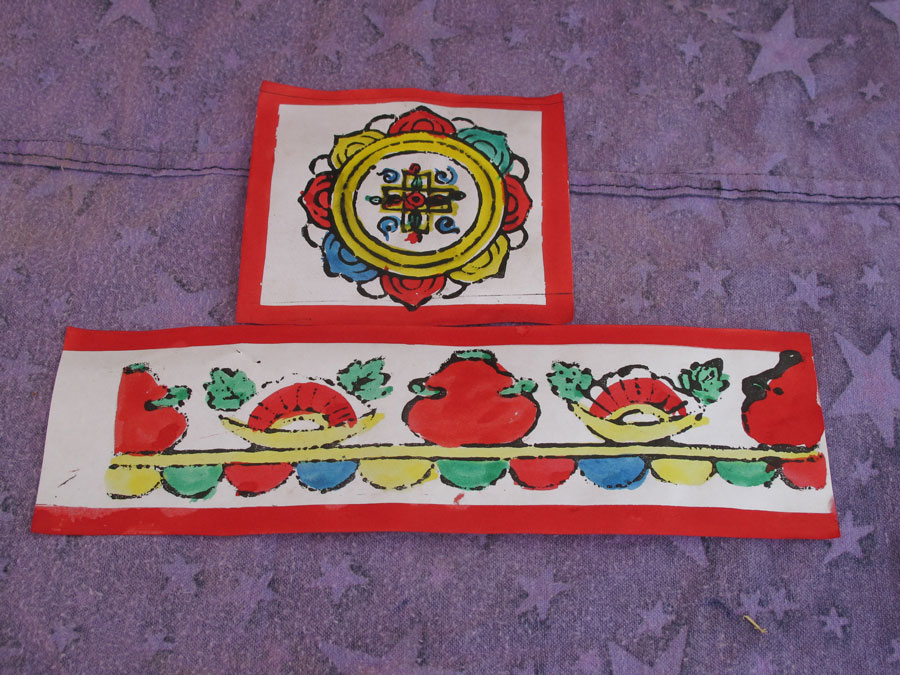 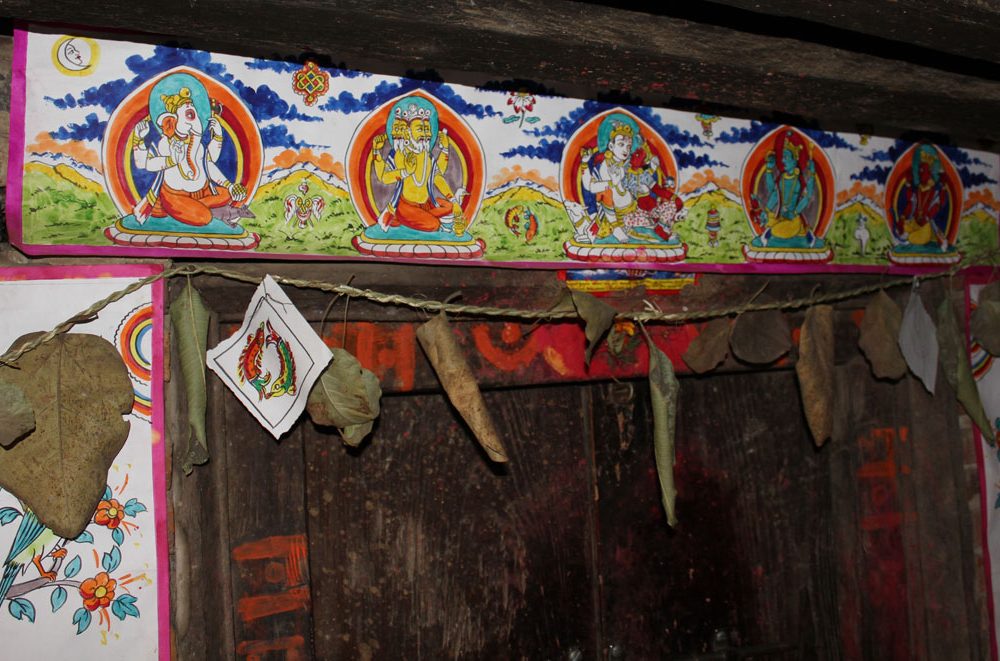 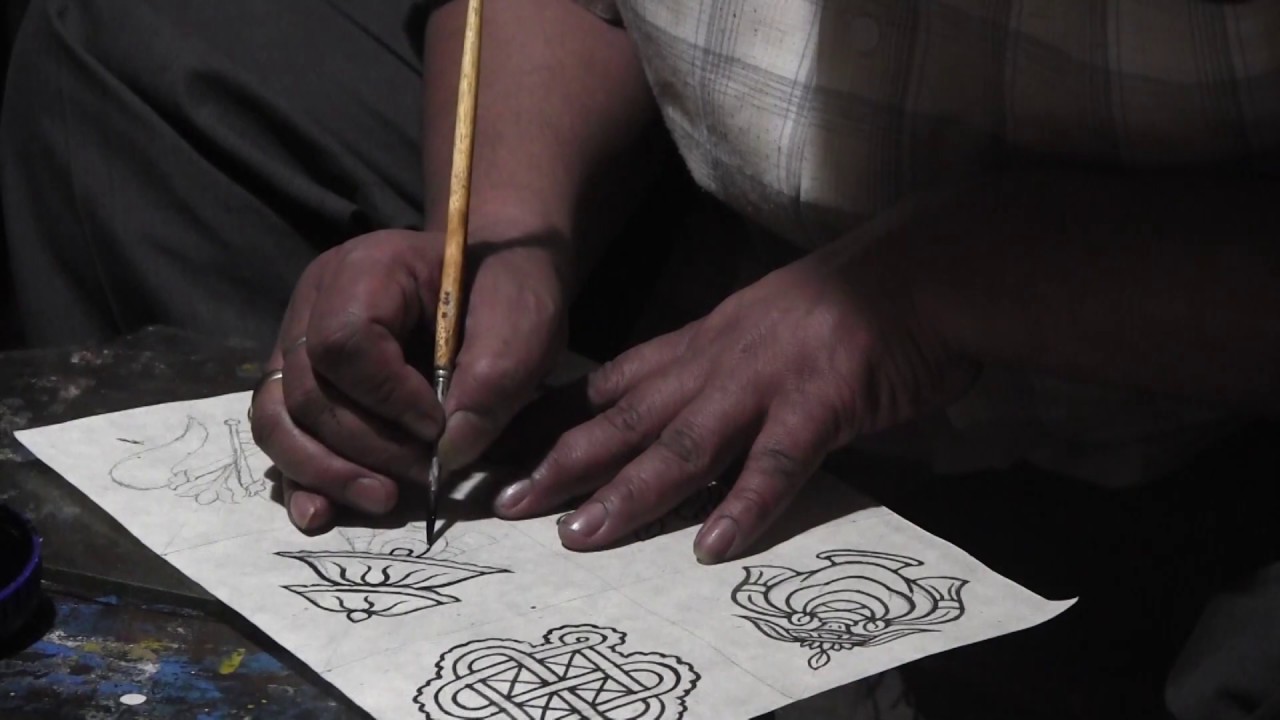