For over 1500 years, Buddhists have devised diagrams to illustrate their teachings, a tradition that developed further to employ them for a variety of rituals and as paradigms for advanced visualization meditations. In the Vajrayāna traditions that grew out of the Mahāyāna lineage of following the Buddha’s teachings, the siddha saints who led this movement discovered and taught practices that defined paths to rapid enlightenment. Each of these were called “sādhana.” Hundreds survive, the subject of many texts and paintings; each sādhana seeks to transform the body, speech, and mind of the disciple, using mūdras (hand gestures), mantras, and maṇḍalas as tools for religious practices. The maṇḍala’s overall design, along with exact symbols and colors, were specified to shape specific spiritual impacts on the practitioner.

From ancient times until today, learned vajrācārya were commissioned to make these precisely- created works of art for common rituals and for disciples’ esoteric initiations into these sādhana practices. The many thousands of maṇḍala paintings in homes and museums today reflect how popular these practices became.

The gallery’s stone powder maṇḍala was created over a week beginning on September 4 by the Newar vajrācārya master Naresh Man Bajracharya, who is currently a Fulbright scholar-in-  residence and lecturer at Holy Cross. This Adhivāśana maṇḍala was made as an adjunct to the pratiṣṭha (“image consecration”) ceremony done on campus on Saturday, September 14 th.

In the Newar tradition, this maṇḍala is needed for the Buddhist ritualist’s work of endowing images with divine energy. It is noteworthy that unlike Tibetan monks who make these same images using hollow metal funnels, Newar masters use only their hands to fashion the intricate designs that define the maṇḍala. 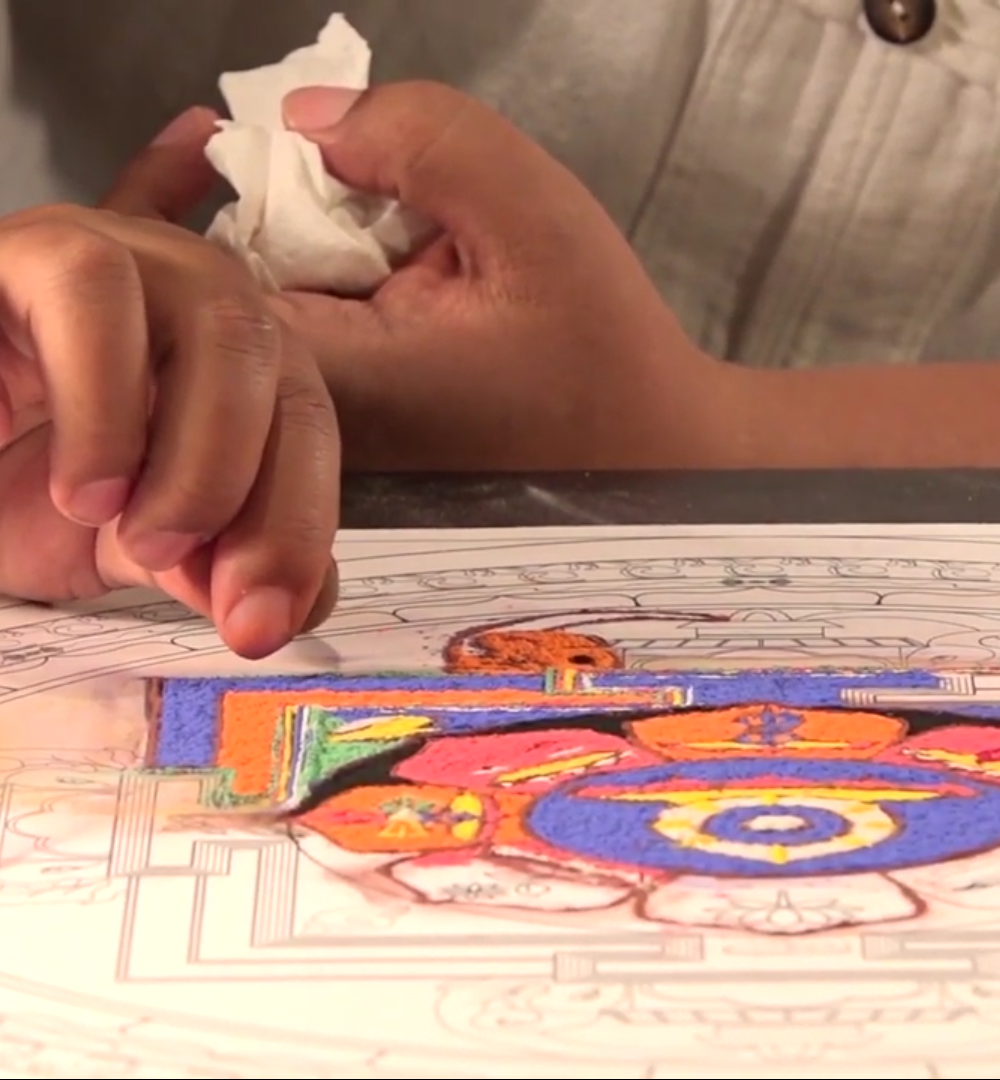 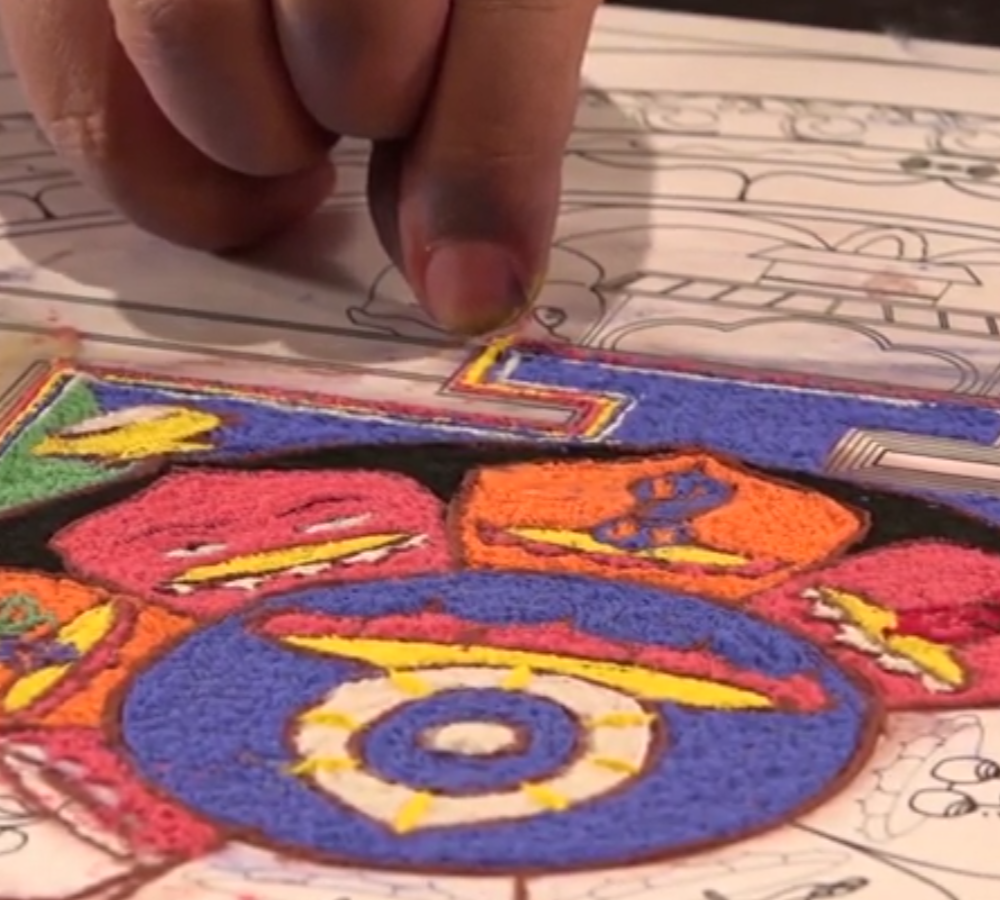 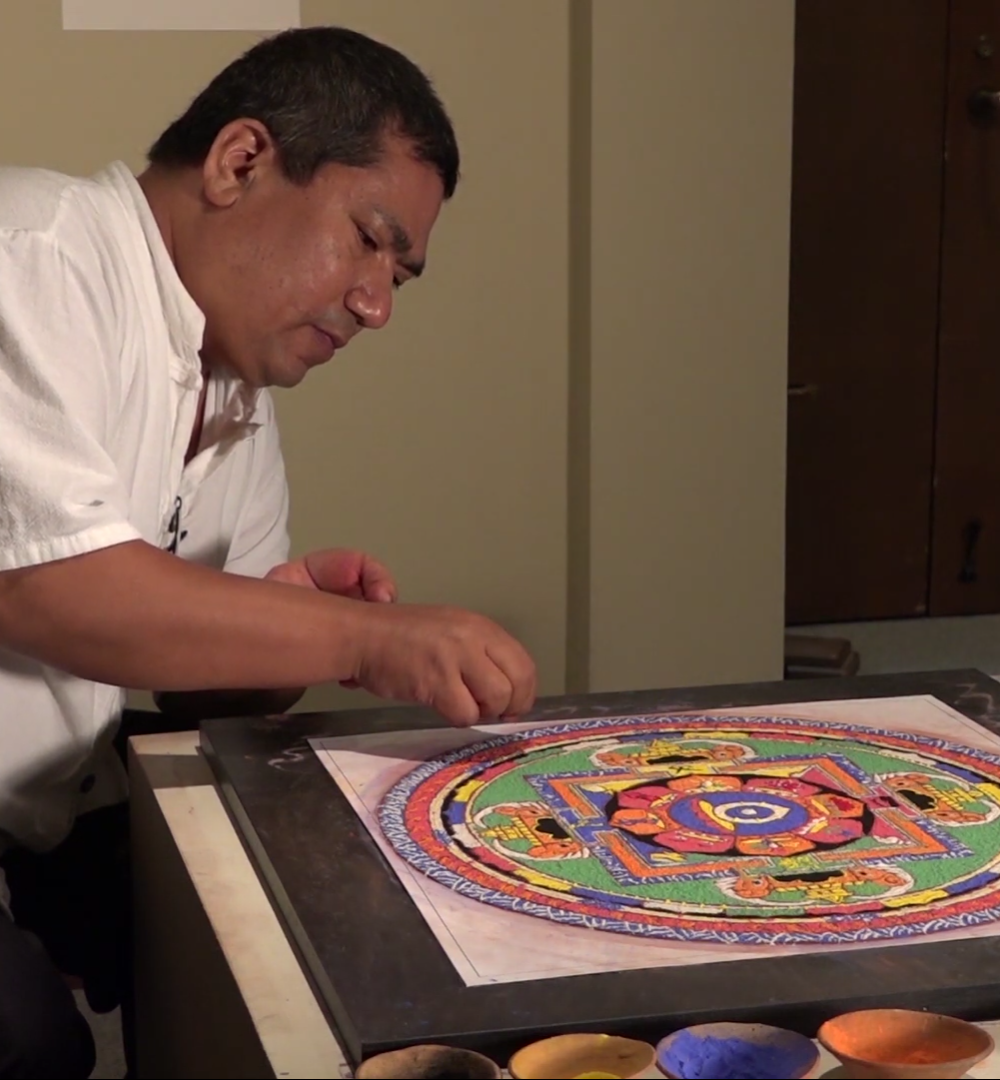 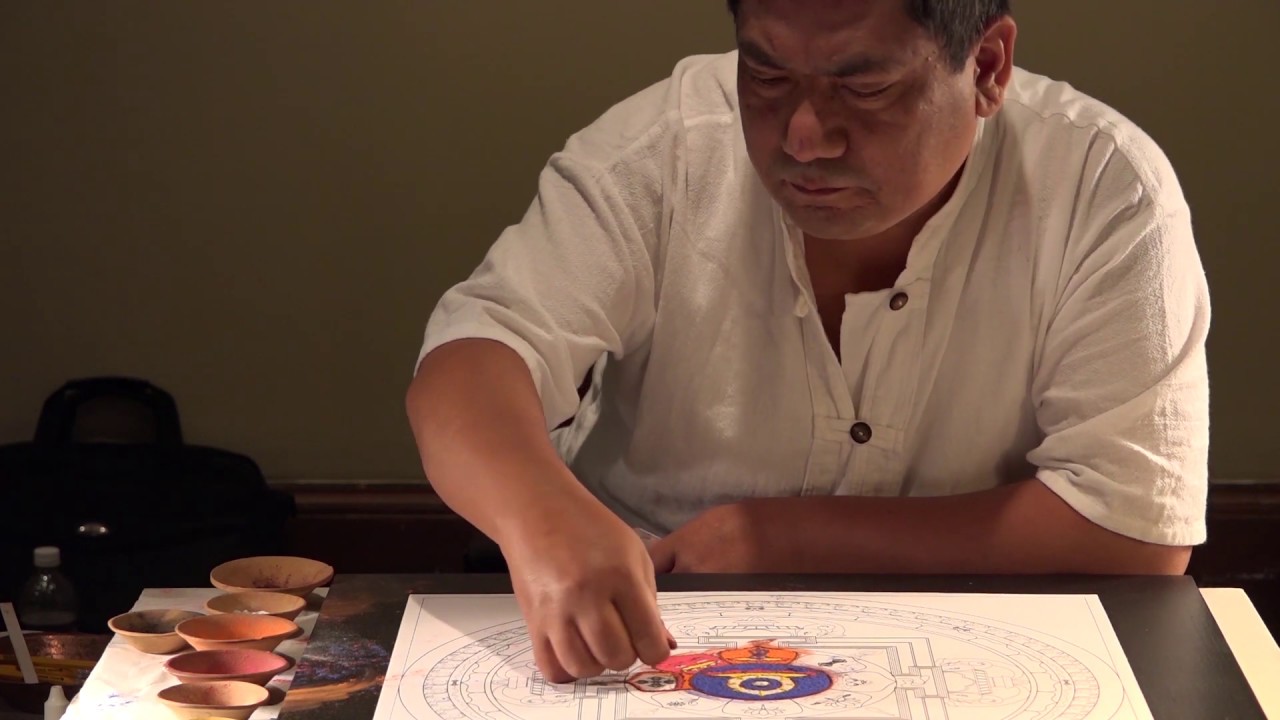