This is the most recently created musical genre that Newar Buddhists adopted from the modern tradition of South Asian devotionalism. The central sound of this seated ensemble is centered on the harmonium and the tabla, with a cymbal player involved keeping time for the chorus of singers. In the past seventy years, dozens of Newar Buddhist literati have composed songs with lyrics conveying Dharma teachings, and expressing devotion to Buddhas and bodhisattvas, often sung with bhakti-style fervor.

Buddhist bhajans with affluent members on special occasions attract players of additional instruments such as the sitar, guitar, and most any Western instrument. These groups are based in neighborhoods, reflecting their neighborhoods but not defined by caste. Many Newars feel that this musical form catches the aesthetic of modern Buddhist devotionalism. 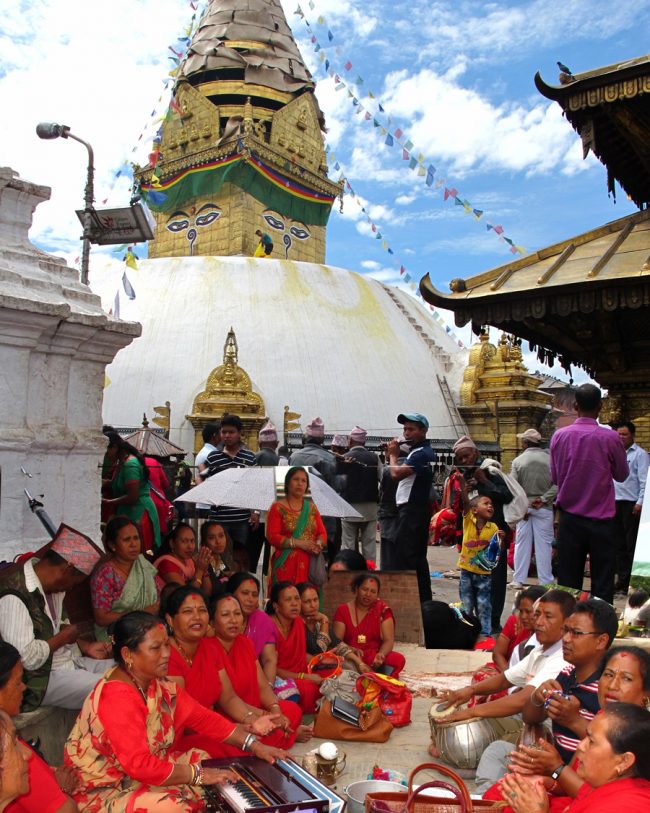 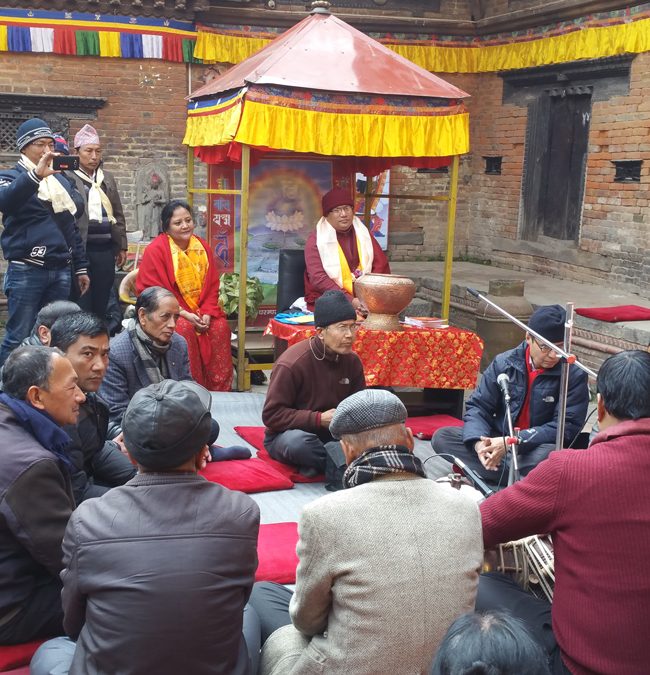 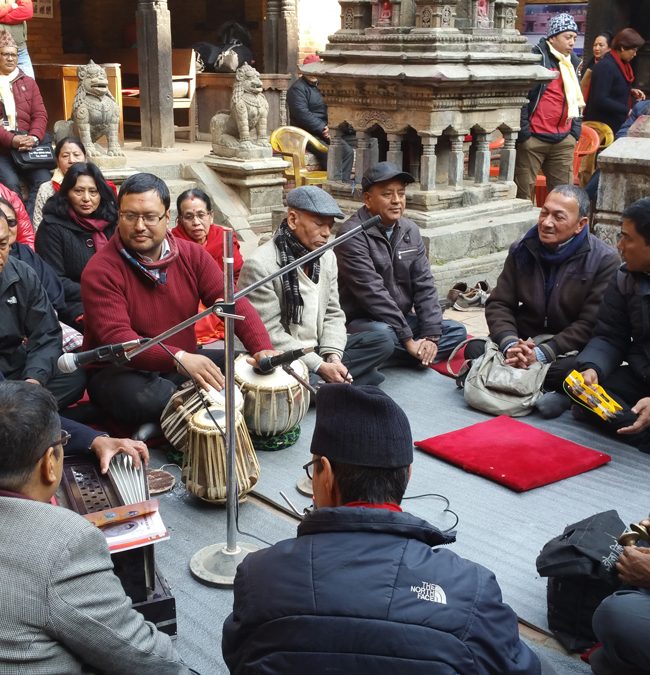 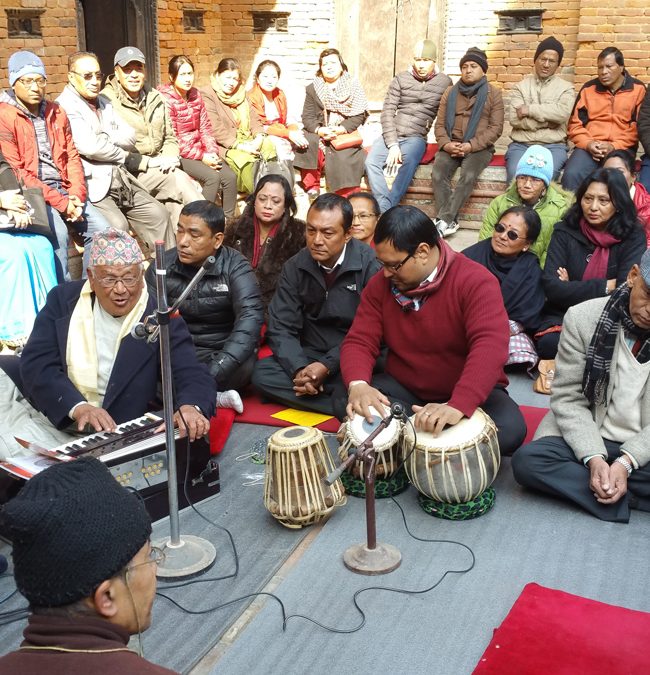 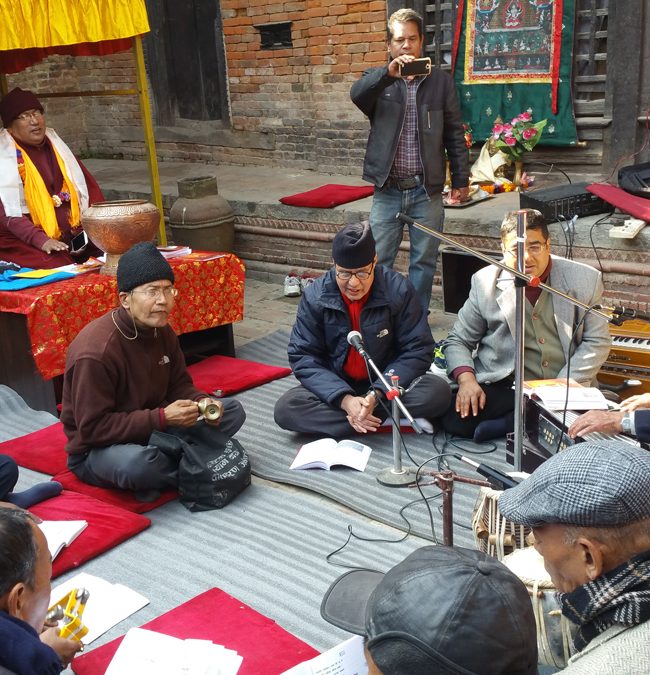 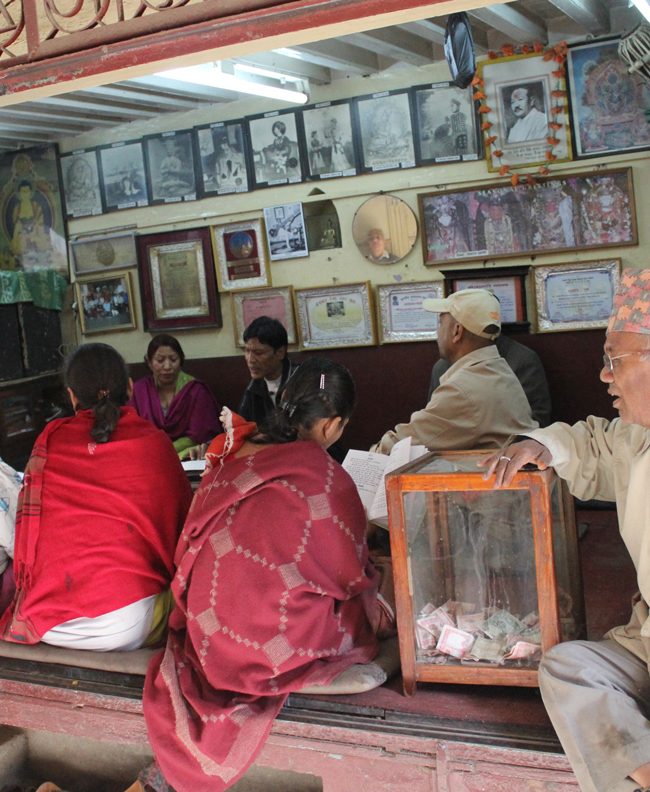 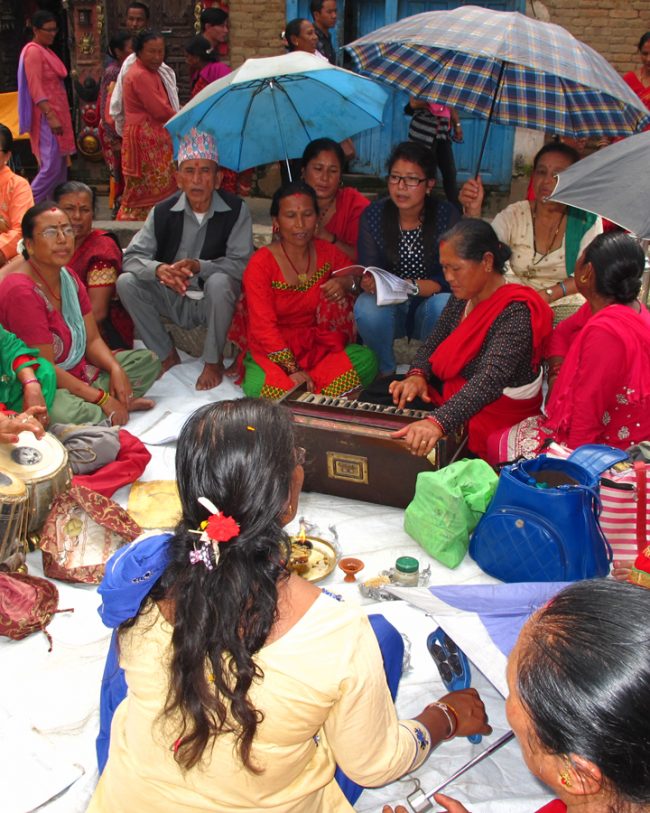 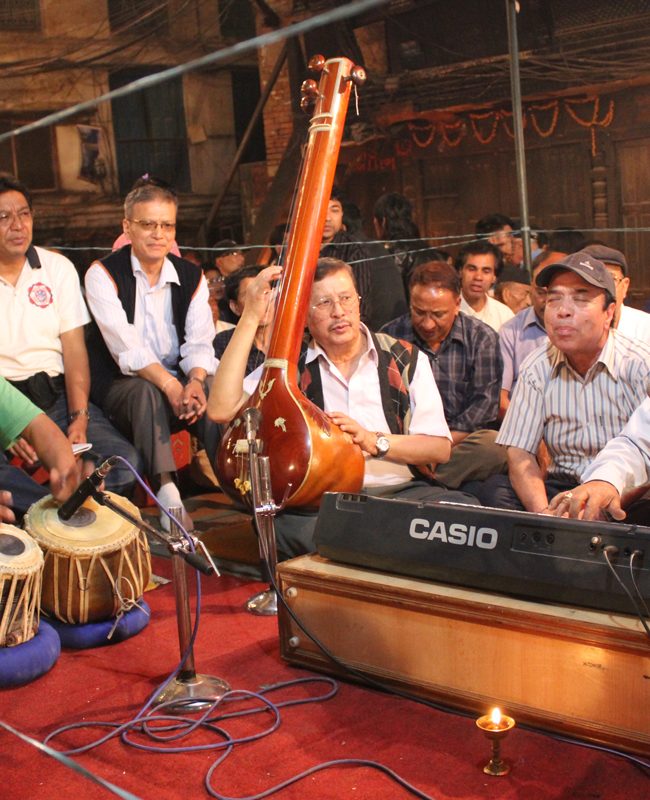 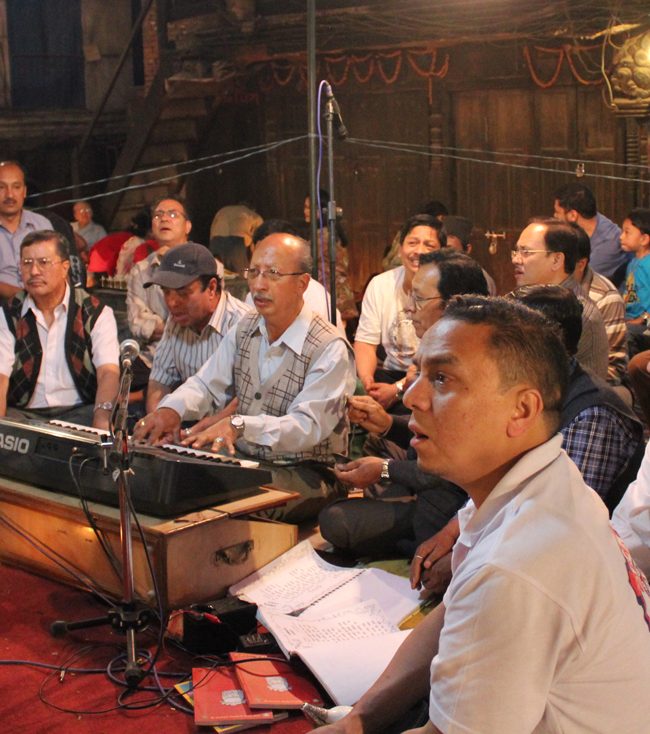