As mentioned in popular Indic texts dating back at least 1200 years, pieces of cloth with mantras (if longer, also called dhāraṇī) printed on them are praised as effective in warding off troubles and earning merit. Most often displayed around temples, flying over homes on poles, or at sacred sites and mountain passes, these mantra flags infused by the Dharma cast into the world the empowered words revealed by the Buddha (or other enlightened beings). Found across the Buddhist world, mantra flags are most ubiquitous among Buddhists in the Himalayas. Mantra flags flapping in the wind send out countless benign forces that nullify the power of ghosts and demons, while also making settings auspicious for rituals or spiritual practice.

In 20th century Nepal, the only prayer flags routinely available were those produced by block print among the Tibetan communities and in Tibetan script. Newar Buddhists used them. About 20 years ago, Newars in Kathmandu began producing their own flag sets with the Five Protector Goddesses, the Pañca Rakṣā displayed along with their dhāraṇī. (There are folios of this text displayed in the exhibition.) Chanting these mantras, or displaying them, this text states, provides assistance from a variety of human adversities: destruction of all obstacles to success; freedom from dangers posed by poison, weapons, fire, water, wind; contagious diseases; difficult childbirth; bad dreams, snakebite; ghosts and demons. Positive results include securing life blessings, including material wealth and honor; pain relief; protection of cities and homes. This text specifically endorses writing out the mantras on a paper or cloth that is tied to the body (wrist or neck), or appended to clothing. Having the dhāraṇī printed on flags to flap in the breeze is also recommended. Since worldly prosperity and spiritual evolution are both good Buddhist goals, it is not surprising to read in the Pañcarakṣā that the Buddha praises making, flying, and having refuge in these flags as amulets as “a righteous deed.” TL 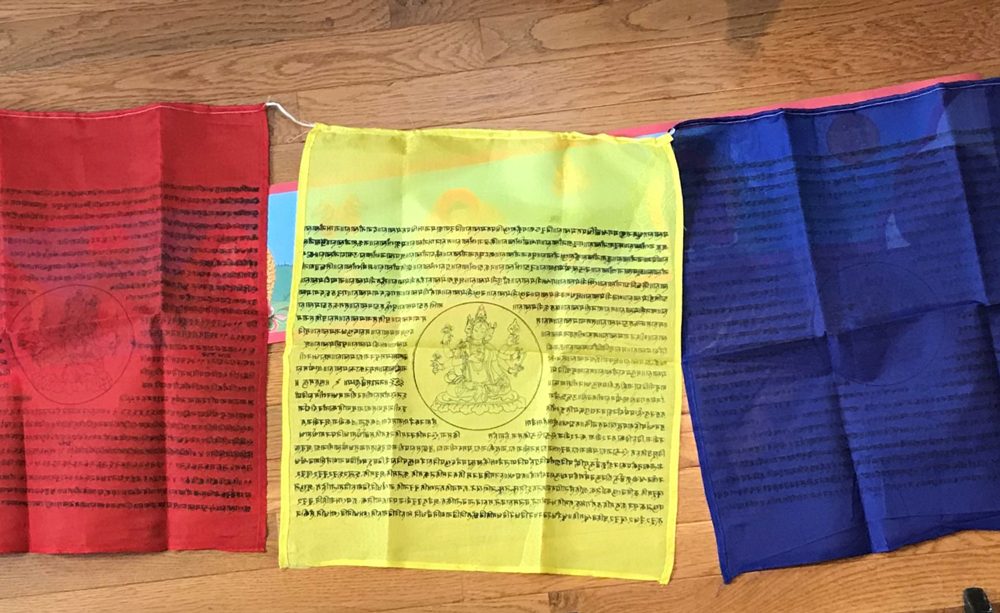 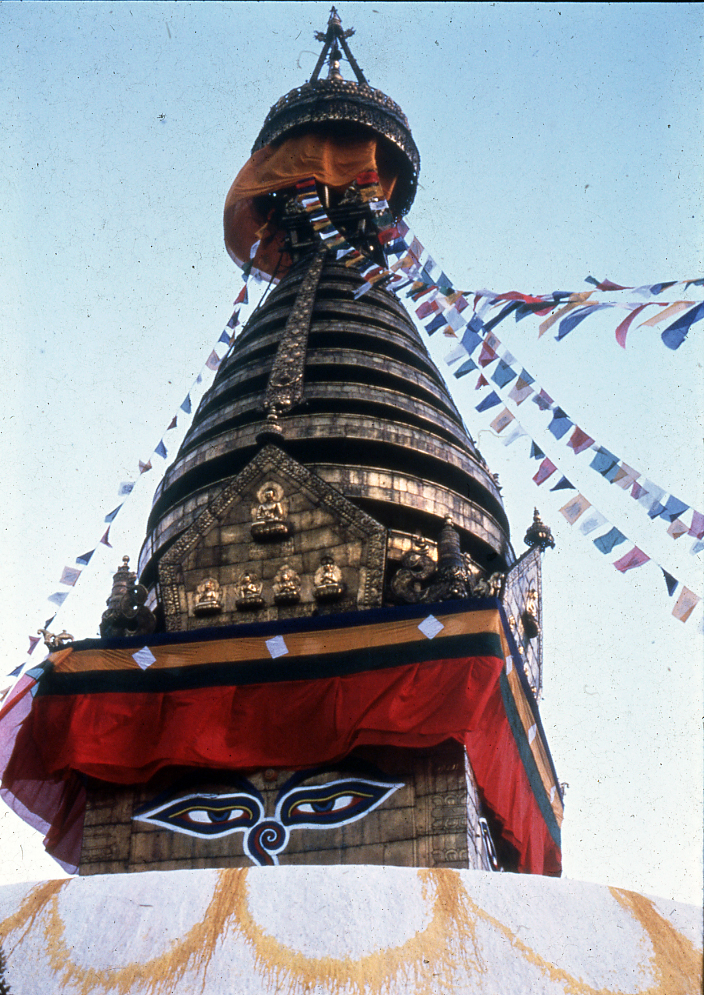 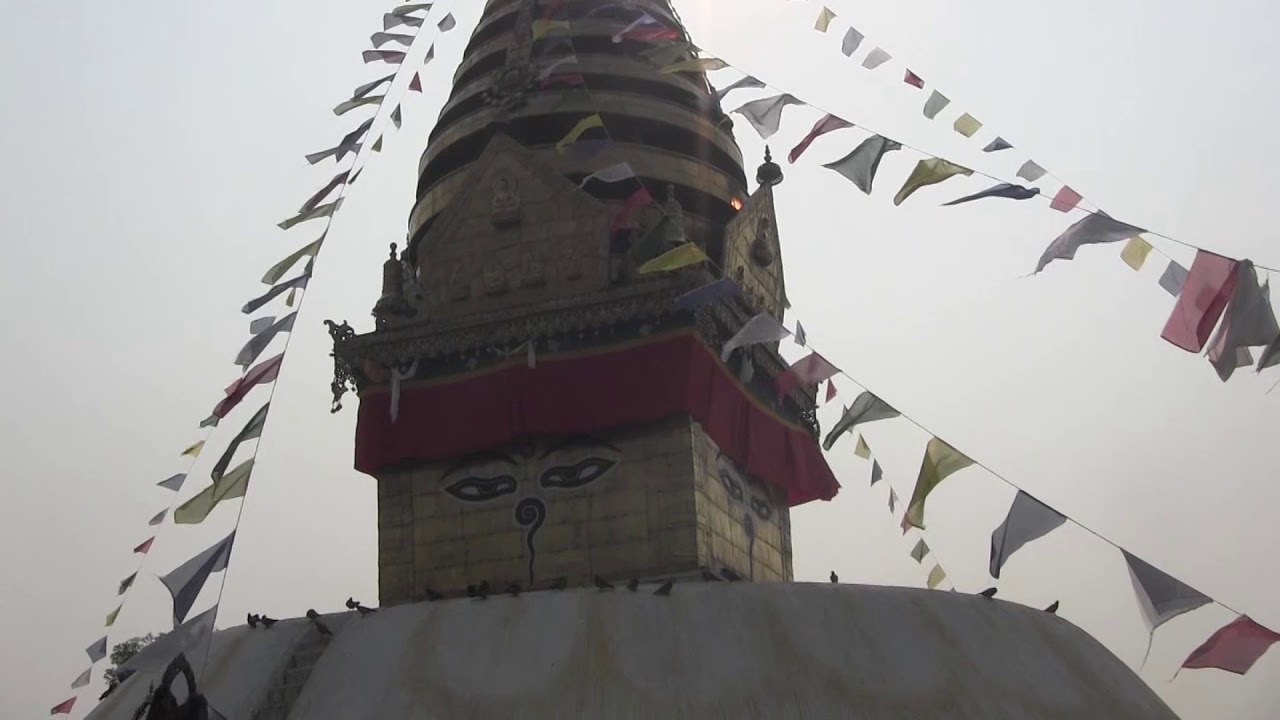