Repoussé and lost wax casting were also boosted with the opening of Nepal’s southern border in 1950 and the rising numbers of tourists since 1965. Many were interested in going home with a piece of Newar metalwork. Throughout this time, the Tibetan diaspora also enhanced the development of traditional metalwork. Some Tibetan Buddhists settled and built monasteries in Nepal; others emigrated farther, building monasteries on every continent. As Tibetans recreated their traditions in new lands, their need for images and ritual implements led them to commission Newar images, large and small, for their sanctuaries. Icon merchants selling to the general public in shops across the world have also added to this demand.

Ateliers in Patan for the past thirty years have made hundreds of large images and shipped them across the world. Unlike with painting, metalwork for making religious statues remains in the hands of Newar families, mostly Śākyas and (less frequently) Vajrācāryas. Rudravarna Mahavihāra, or Uku Bāhā, in the city of Lalitpur (or Patan) is the center of traditional bronze casting by those in the Śākya caste. Over 100 shops in the Uku Bāhā area alone sell cast bronze images; if one includes the whole Kathmandu Valley the number could approach 700.

It is widely recognized that Buddhist images produced elsewhere cannot compete with those being made in the Newar workshops. Adhering to traditional lost wax and repoussé techniques, including fire gilding, Newar artisans regularly reach very high and consistent standards. In the past ten years, casting artists have been regularly collaborating with specific chasing artists, each boosting the other to finer intricacy of detail than ever seen before, for the discerning art collector, dharma practitioner and monastic institution.

There are also some workshops specialize in religious accoutrements like butter lamps and Vajrayāna ritual implements to adorn altars and perform rituals. 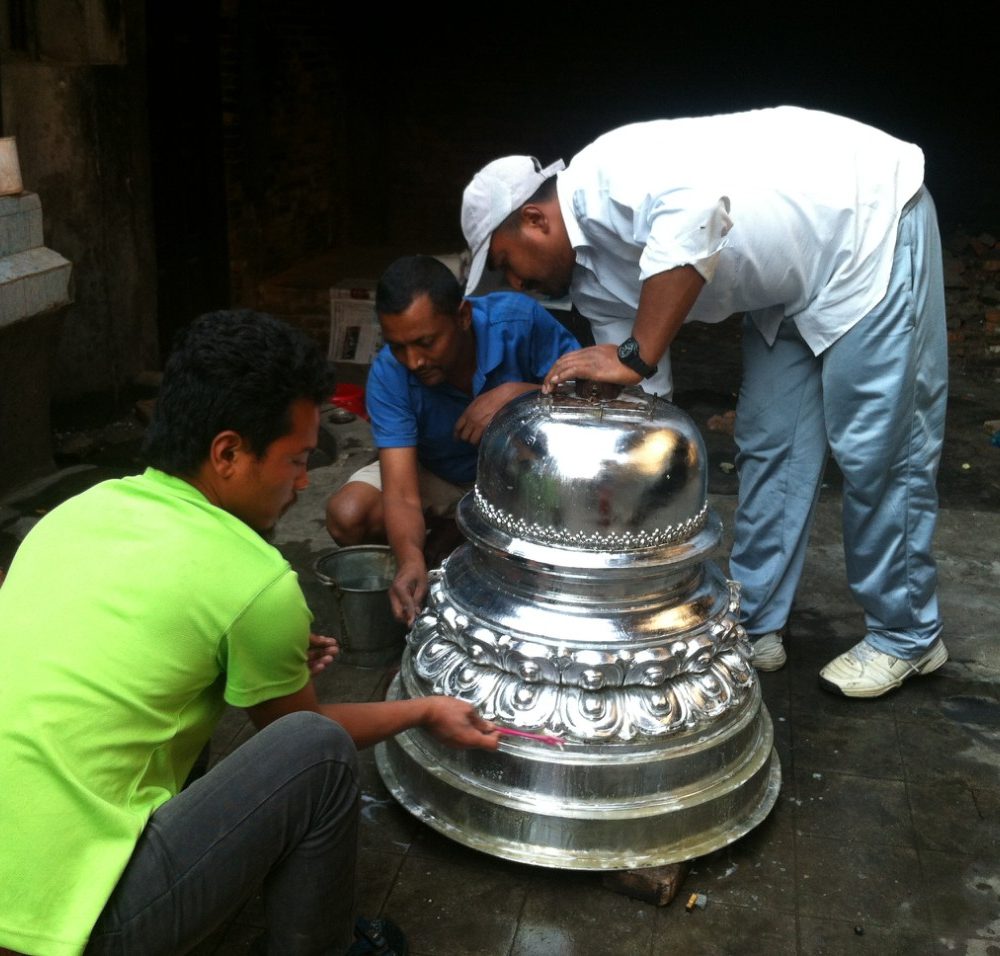 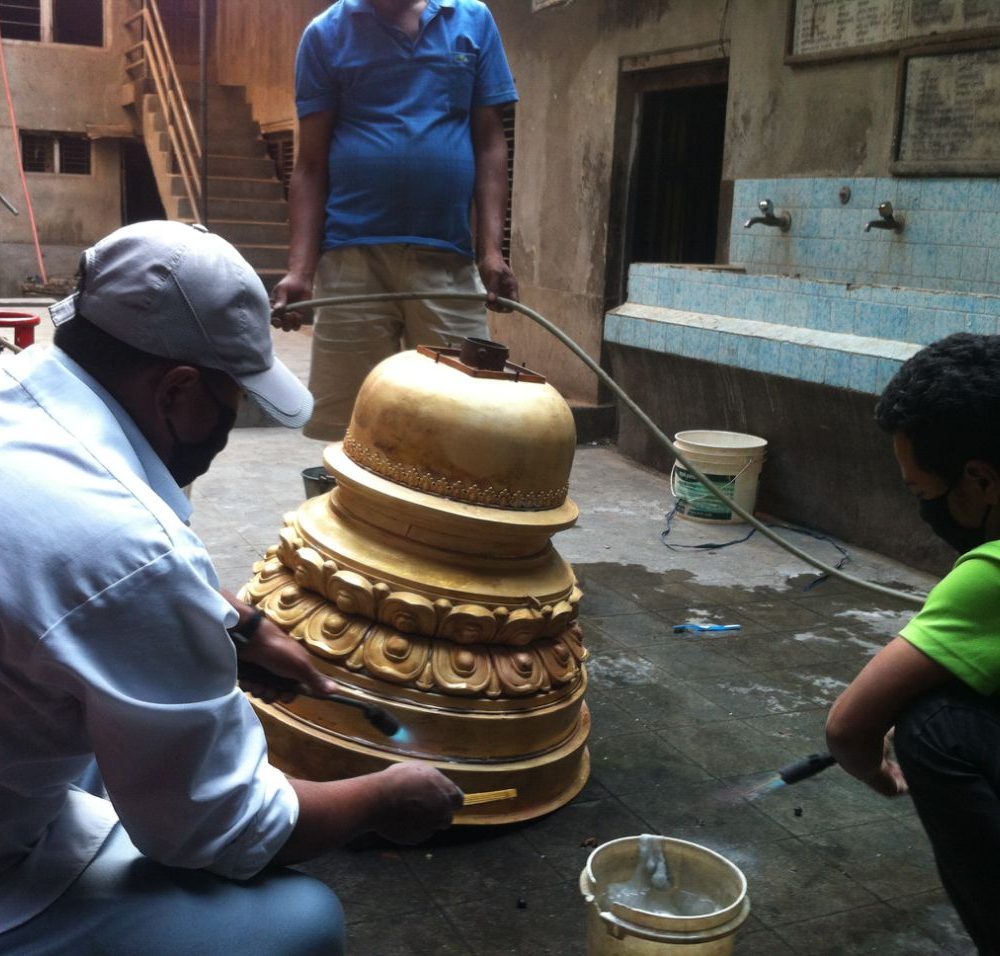 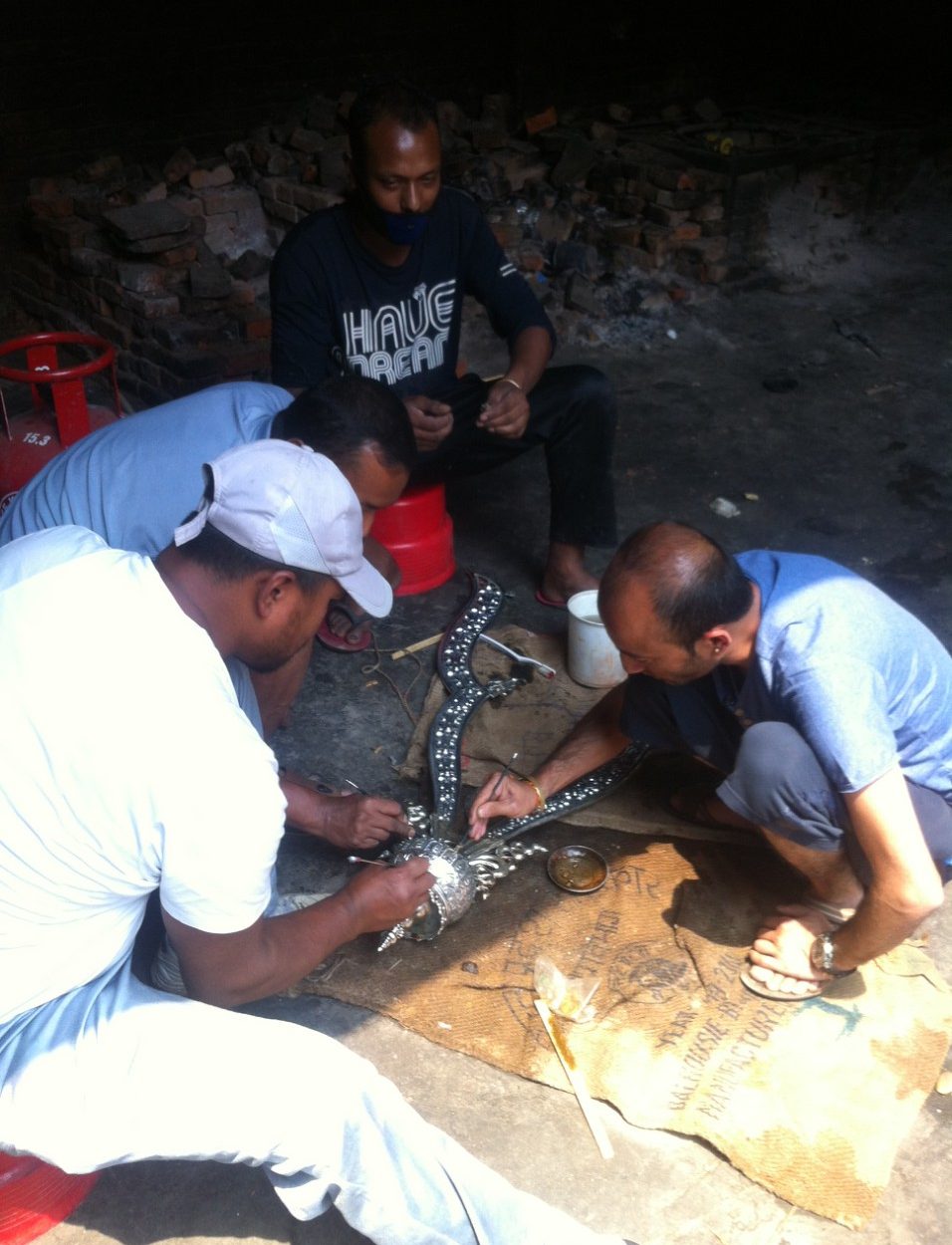 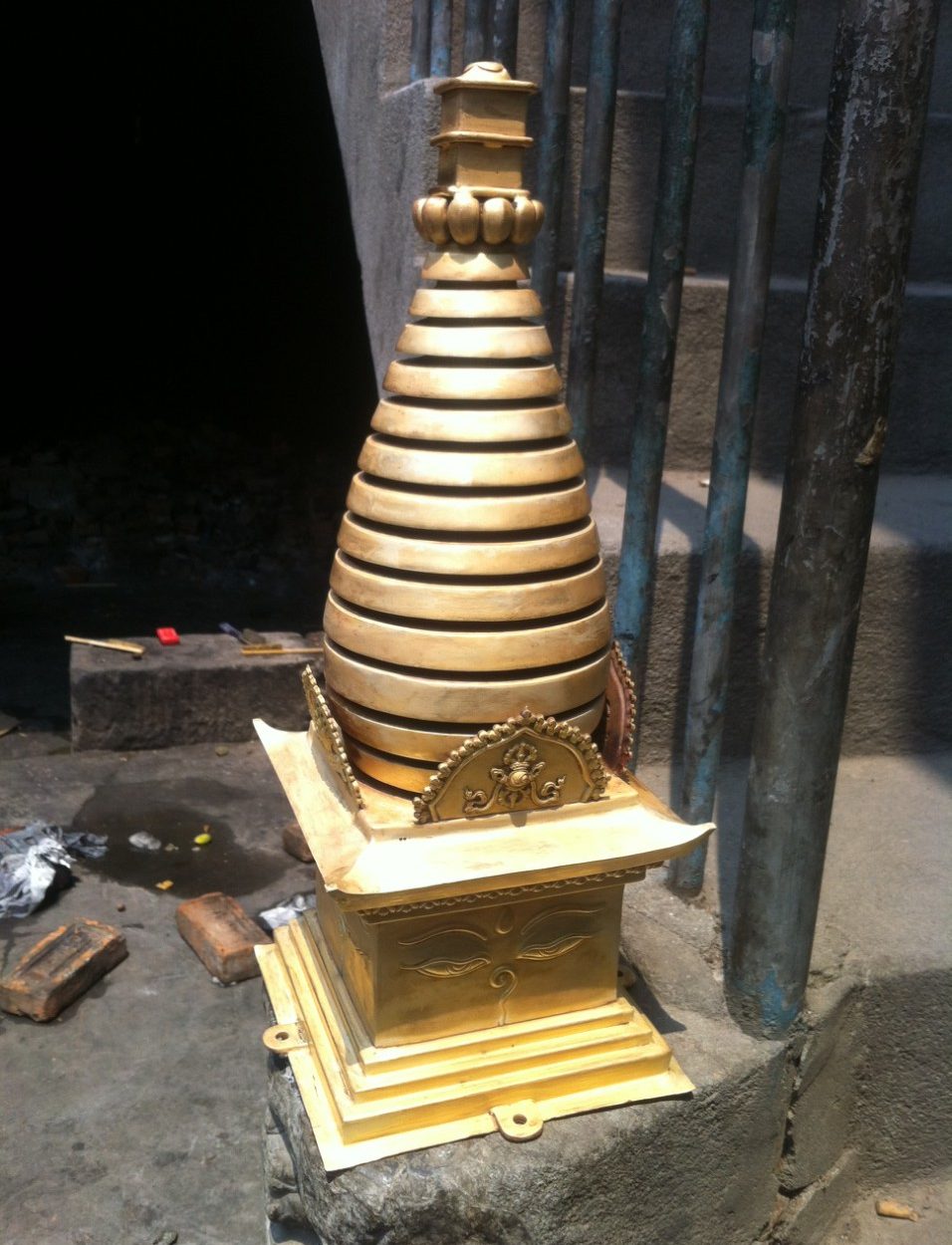 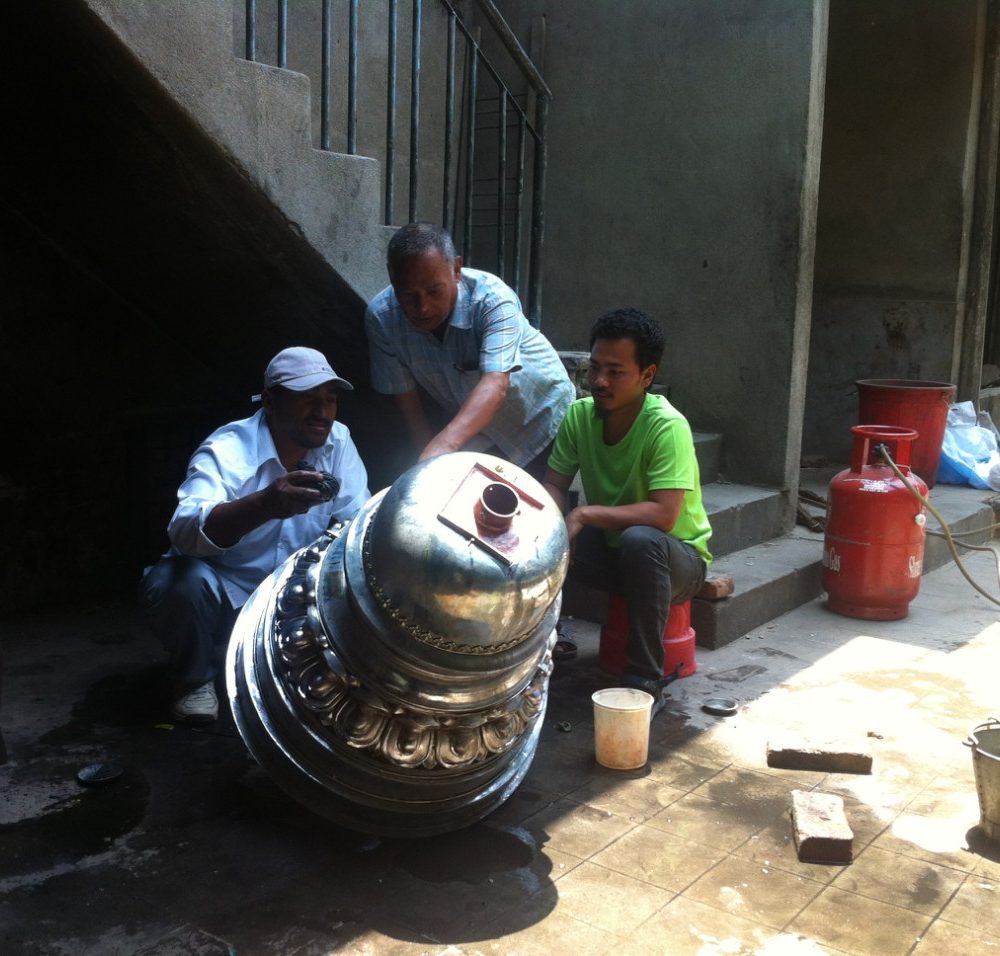 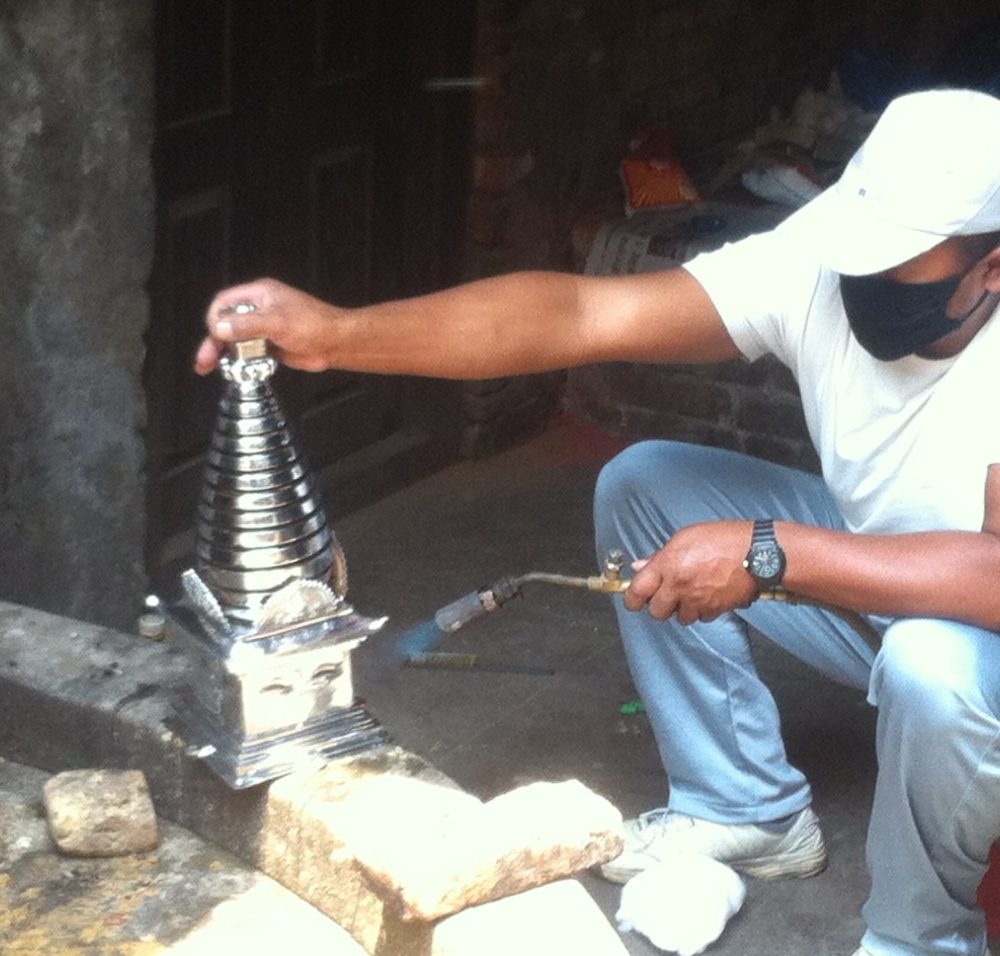 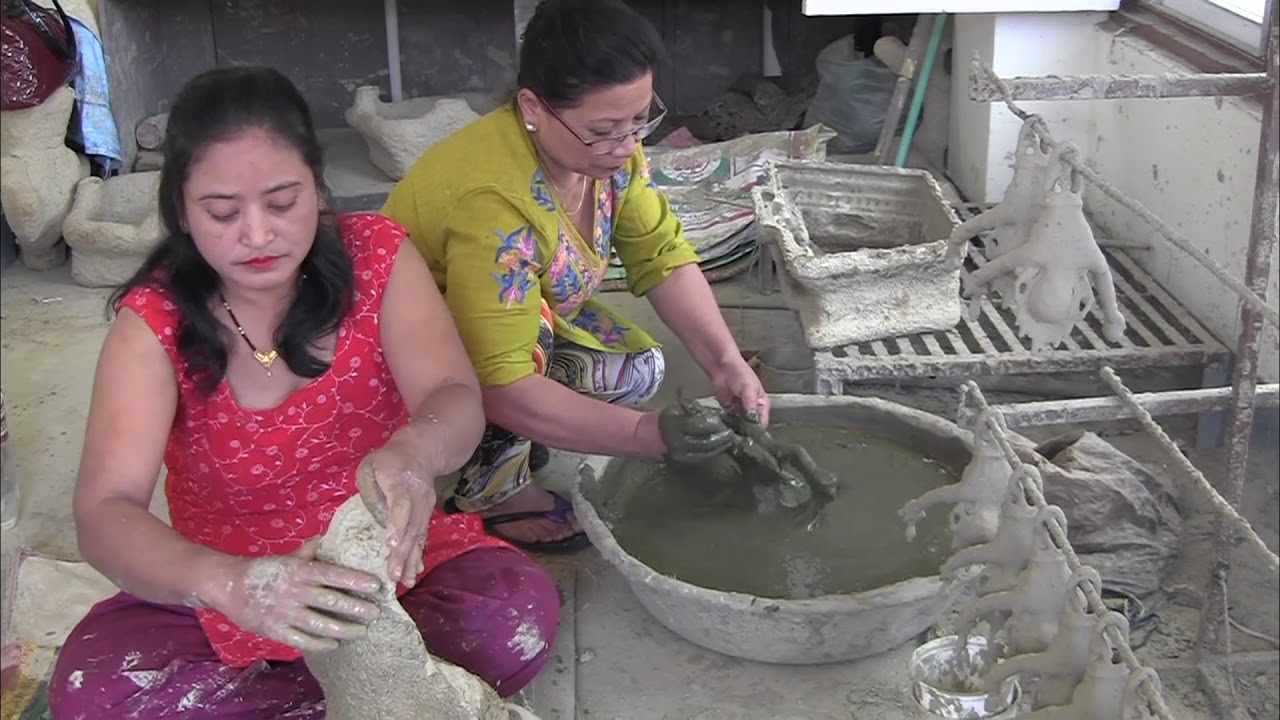