Crowns, Vajras, and other Ritual Tools

The initiation of a vajrācārya youth eligible for ritual service includes the permission to wear the crown bearing the Five Buddhas, and to use the vajra and vajra bell. Among the many rituals when the crown and others must be worn is the dedication of the patron’s offering tray and the guru mandala puja.

The vajra is the definitive ritual object and symbol of the Vajrayāna (or “way of the vajra”) form of Buddhism practiced by Newars. Originating in an attribute of the Hindu god Indra, the vajra often appears in the hands of deities in the tantric Buddhist pantheon and is emblematic of that system. A vajra in the ritual arts of Nepal has two sets of five prongs emerging on either end from a central lotus petal motif delineated by rings of pear-like beads.

In a ritual context the vajra is often used by an advanced practitioner (vajrācārya) alongside the bell (ghaṇṭa) and ritual crown. When used with the ghaṇṭa, these two ritual objects are understood to form a union of male and female aspects, symbolizing the union of compassionate means (upāya) and ultimate insight into reality, or wisdom (prajñā). The union of these defines the path of the bodhisattva, who must transcend duality by a cessation of the distinction. The five prongs of the vajra recall the five Tathāgatas (Buddhas) of the five-fold system of Vajrayāna: with the central Buddha Vairocana in a mandala surrounded by Akṣobhya, Ratnasambhava, Amitābha, and Amoghasiddhi.

In practice the vajra is held between the middle finger and thumb of the right hand and used to perform other prescribed motions in unison with the sounding of the ghaṇṭa and the intonation of mantras. In this way, the Newar vajrācārya identifies with and comes to embody the ideal practitioner of the Vajrayāna path, the celestial Buddha Vajrasattva, who is often depicted holding a vajra and a ghaṇṭa and by whose power and authority the efficacy of the ritual performed is assured. As a sign, the vajra marks Vajrayāna Buddhist affiliation in the crowded and complex religious landscape of Nepal.

Gallery Notice : Images have either not been selected or couldn't be found 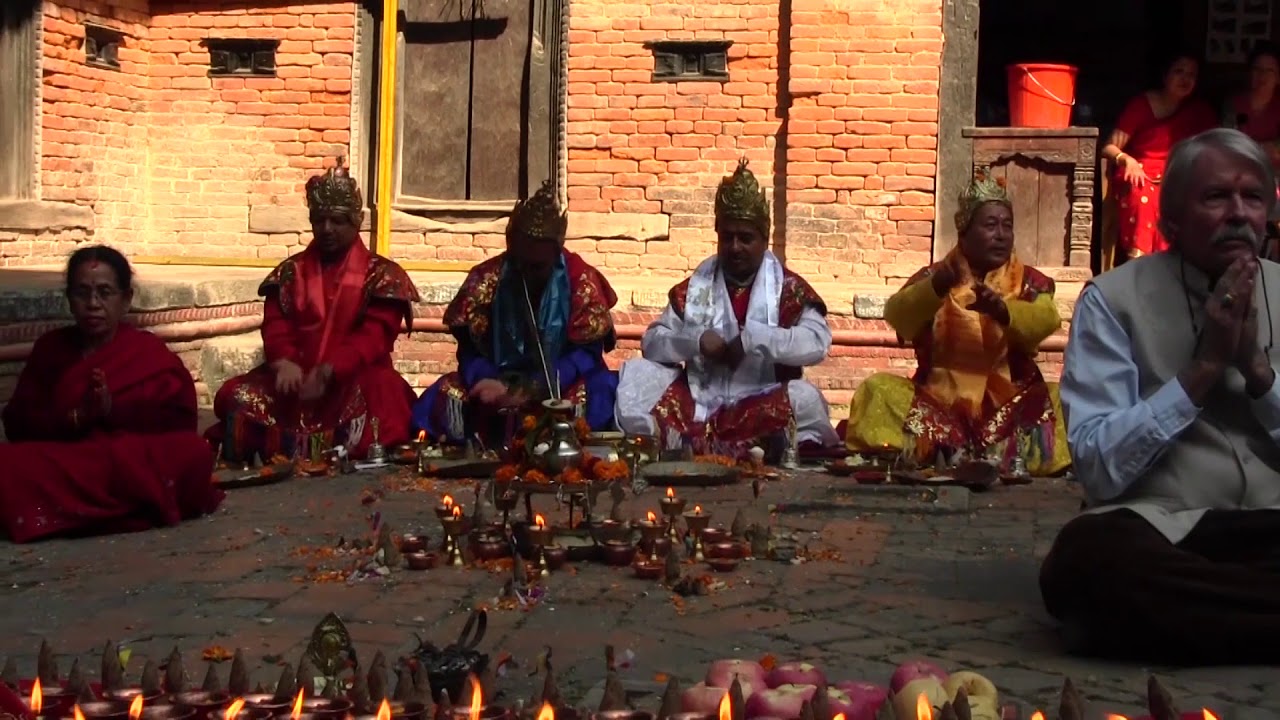