Within the hierarchy of ritual regalia worn in Newar Buddhist monasteries, such a crown identifies its wearer as a vajrācārya who has been empowered to serve as the chief ritual specialist. As a ritual implement, a vajrācārya crown is unique to Newar Buddhism. It is used first to recall the royal imagery of esoteric initiation (ācaryābhiṣeka) during which a newly inducted vajrācārya will have the crown placed onto his head. In subsequent rituals this crown is essential. It must be worn alongside other regalia at specific junctures in various rituals such as the guru maṇḍala and homa pūjās.

Symbolically, the crown identifies the advanced practitioner—an initiated vajrācārya—with one of the five Tathāgatas (Buddhas) or Vajrasattva, empowering him to perform rituals effectively. 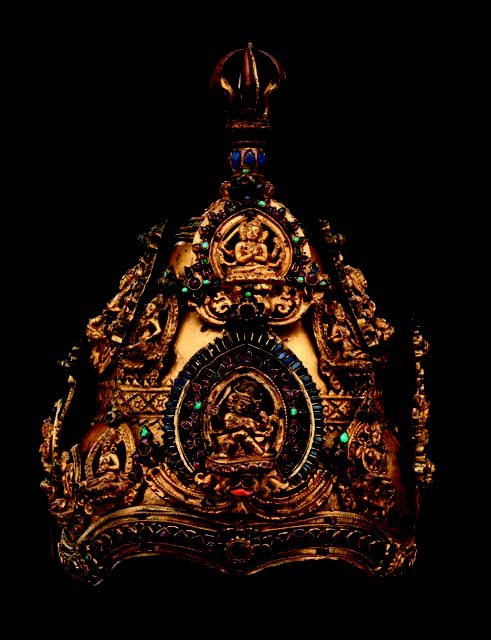 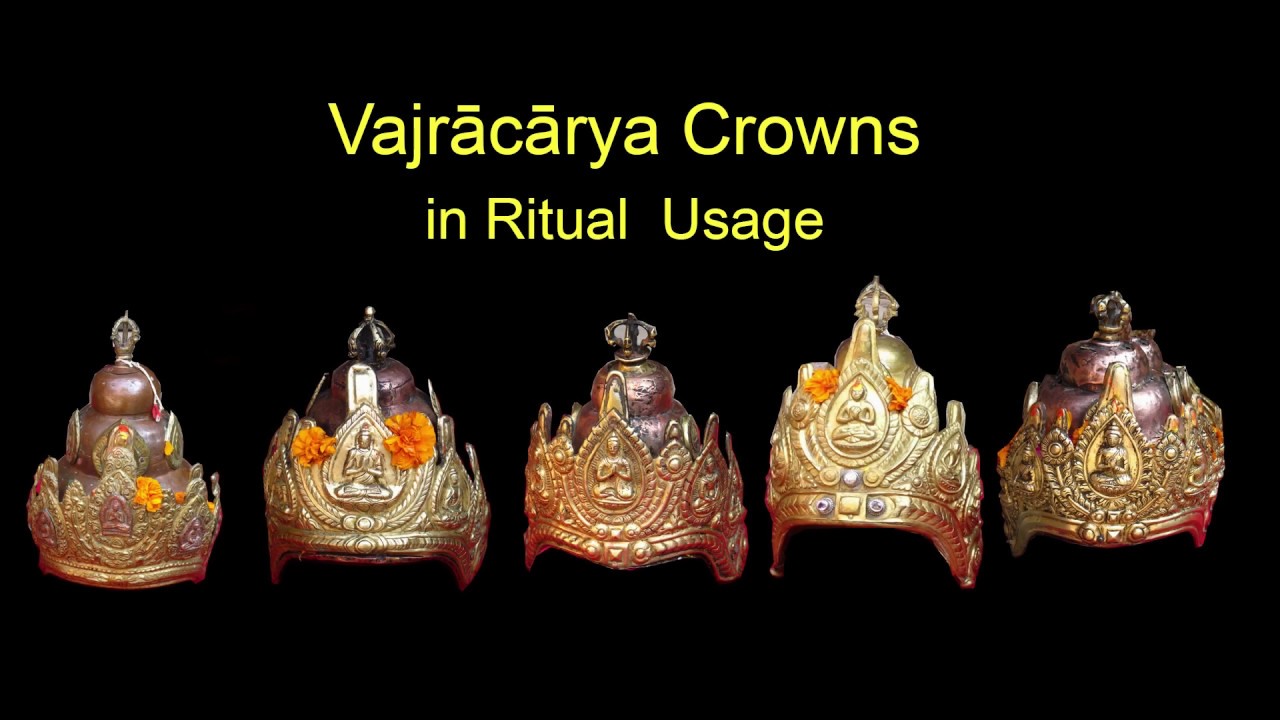 Making a Vajradhātu Caitya I

Crowns, Vajras, and other Ritual Tools